I hate being sick, but I love complaining about being sick. I know, I’m just reinforcing the stereotype that men are big babies when they’re sick. I don’t care, please make me some soup. 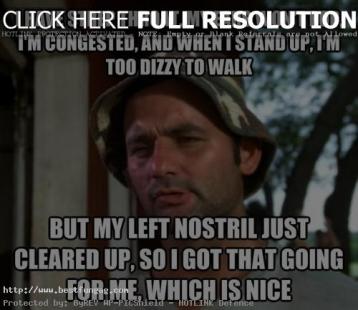 Christmas at Katie’s parents’ place went well. I think the tipping point was that their dog didn’t freak out on me. She didn’t even bark, and she’s a beagle. Usually the dog barks so much at strangers (or even people she knows) that they have to send her to doggie jail (upstairs). I guess she sensed my inner awesomocity. Not that she let me touch her or anything, but she did take a treat from me. I’ll call it a victory.

Christmas is still a novelty for me, even though I’ve spent it with friends and girlfriends before. Jewish Christmas is what I’m used to, but ham and cookies are much better than Chinese food and movies…I can have Chinese anytime, and probably will today, because I’m siiiiiiiiiick (like that call back? Blog structure is structurey). 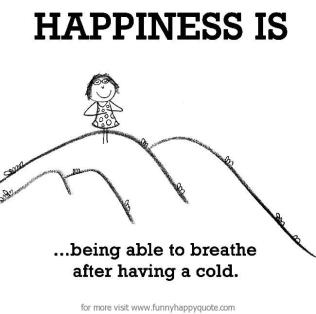 I somehow made it to my writers’ critique group. I missed the last session, and since I’m one of the pillars of the group, I felt that I had to go. We’re going through some major changed and have added a bunch of people. I’m concerned that we bit off more than we can chew (or slurp as a soup…did I mention that I’m sick) but it’s going well so far. We turned away a couple of people because they wanted to bring in screenplays instead of prose. There’s no way that we can handle screenplays (or poetry, for that matter). They didn’t realize that it’s a completely separate medium. I do think that our writers should read a couple of screenplays though. They have a lot of trouble with scenes.

I’m a little arrogant when it comes to this group. Except for a one or maybe two, I’m miles ahead of them. I’ve taken on more of a mentor/adviser role. I just don’t get the feedback I need. Everyone just tells me that my stories are great. It’s frustrating. I want people to hate it, so I can make it better

I hope that I get better for New Years. Did I mention that I’m sick? Because I’m sick.

Hey, awesome people: The Watchmage of Old New York is 99 cents on Amazon Kindle, but only until New Years! Take advantage of the deal and find your new favorite book. You won’t be disappointed.