Hey everyone. I decided to have a sale on The Watchmage of Old New York for this week only. Why? Because I CAN!!!! Also because sales and reviews are falling off.

Sooo, the sale is on Amazon only, and only for the ebook. If you like my blog, you’ll probably like Watchmage. It’s the same writer, you know 😉 You’ll also be helping a neat-o dude like me. I consider every purchase a hug (and each review is a belly rub…I love belly rubs) 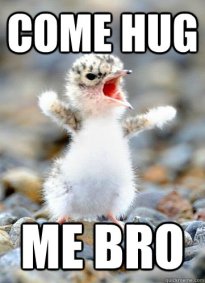 In case you haven’t heard of The Watchmage of Old New York yet, let me hit you with the book blurb:

It is 1855, and Nathaniel Hood walks between two worlds.

As the Watchmage of New York City, Nathaniel is charged with protecting, regulating, and administering justice to the myriad supernatural beings immigrating to the city. When his policeman son, Jonas, is brutally beaten by Veil Dwellers while investigating a kidnapping, Nathaniel breaks his vow not to interfere with mundane society and joins the search.

Together and apart, the father and son uncover the secret lives of the supernatural and the broken lives on the Bowery, only to find a terrible secret.

The Watchmage of Old New York–Book 1 of The Watchmage Chronicles–is an expansion of the award-winning serial of the same name. It’s a blend of fantasy, history, humor, and mystery, wrapped in a vivid mid-19th century New York.

Pretty awesome, right? I even made an ad for it. If you’re curious. I use canva.com

This is only going to last for a week, so buy it now. You’ll probably like it.

That’s all for now. Have a great day. Love you all.