Hey there,
I wrote an article for All Things Book-Review about “World Building in Genre Fiction.”  It comes with silly youtube links (although the Bob Ross one at the end exactly reinforces what I’m saying) and a good worksheet at the end.  Here is the link.  I’d like to do several of them, as they come right from my lesson plans, and it’s stuff that aspiring writers need to know.

As some of you know, NaNo purposefully ignores structure (their motto is “no plot, no problem), leading to 1) formless nonsense with a weak plot and/or glaring plot holes, forcing the serious writer to throw out most of his work in order to fix it. or 2) a story that can’t be finished because the writer runs out of ideas and/or writes himself into a corner.  “No plot” is a serious problem.

I like what Natalie Goldberg has to say about outlining.  Once you know what’s going to happen in a chapter, or from point to point, it gives your mind free rein to write as it sees fit, to flow in a natural, zen-like manner, the no-mind.

It’s like how a zen practitioner structures his meditation from gong to gong.  I’m paraphrasing, but the message is clear.
NaNo claims that it is allowing the writer to write without structure, but instead it does the opposite. The writer has to constantly think about what comes next.  It prevents the freedom to write.

It’s like a driver without a map, that has to constantly look for signs to tell them where to go.  Instead be the driver with a map that knows exactly where they’re going, free from stress, and wrong turns.  The successful NaNo writers I’ve seen have a plot in mind before they start writing.  Some even have (gasp) plot points and a chapter outline.

I’ve written about this before, and each time I am deluged with NaNo devotees that attack me as if I am attacking their religion. I suppose that I am, but I hate to see someone put so much effort into writing something meaningful, only to see it fall apart.

If only they looked before they leaped.

I’m sorry if you think “i’m being a dick,” I don’t “get it,” “it’s the community, man,” or “your writing probably sucks anyway.”  Maybe you’re right, but next time try planning ahead before you do NaNo.  I guarantee that your story will be much better.  Look.  Leap. Land on your feet.

Love ya, and Happy writing,
C.A. 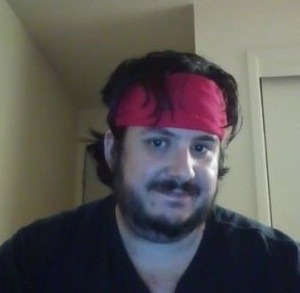