Every other Saturday is D&D day. I love the campaign I’m in. We’ve been playing together for 20 years, in several different campaigns. The DM is a great storyteller. The PCs are interesting and complex. The plot is phenomenal to the point where I’m jealous.

Something interesting came up in out-of-character conversation: 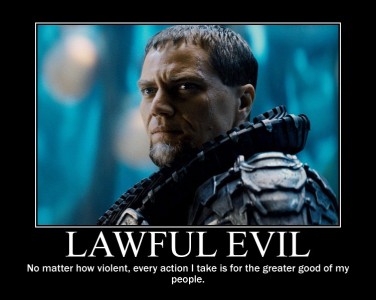 K: So your character’s evil now? (He’s wearing a helm that is slowly changing his alignment to Lawful Evil)

Me: No, Lawful Neutral for now, but he used to be a Lawful Goody Goody type. He still thinks that he is, and everything he does is for the greater good. Even evil, he’ll still work for good (Evil characters can be heroes too. He used to be a fighter that abhorred violence, now he’s “realizing” that violence is necessary for the greater good.) Then again, most  evil characters think that they’re good.

O: Most people do too. Except for good people that think they’re evil

That last line hit me hard, because I’m one of them. I know rationally that I’m a good person. I may not crusade as hard for causes as I used to, but I still stand up when I see injustice. I’m always conscientious. I hold the door for people, I help old ladies cross the street or put their groceries in the car. I work with severely disabled  children and find it rewarding (and exhausting). There’s a lot of good that I do. 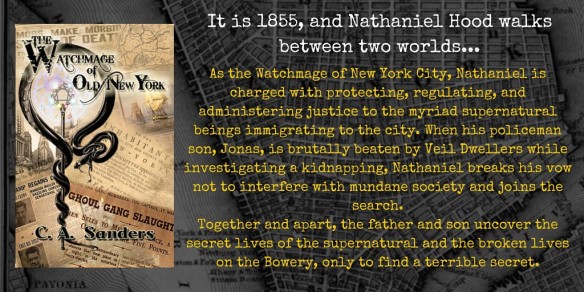 That’s right, the long-awaited reboot of my award-winning serial, The Watchmage of Old New York, is here! Click on the graphic above or here for the Amazon buy site, or buy on Barnes & Noble, iBooks, or Kobo.  Don’t miss out on this, old fans and new will love what I’ve done with the story.

So why do I feel so bad about it? I think it’s something inside of me. I look at the world and see so much good, but I focus on what’s wrong. What can be better? What can I fix? Why aren’t I fixing it? I feel like I should be changing the world, but I’m sitting her on a computer, self-indulging with a blog.

It’s something that I’ve faced my whole life. I swerve from loving myself to loathing it. I want to follow Tikkun Olam, a Jewish tenet that translates to “repairing the world.” That’s what being Jewish means to me. But what have I repaired? What have I fixed?

I think that I’m a good man, but I feel evil. I don’t know what that makes me, other than lost in time and regret.

Regret: I regret everything, but if I had the chance to do it over…I’d probably do it again. That’s who I am, a human being. 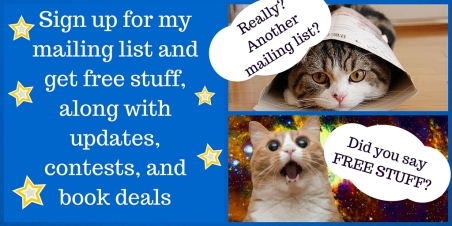 Sign up to the mailing list now and get a FREE PDF of my short stories. The link will redirect you to the mailchimp site. Don’t worry, it’s safe. 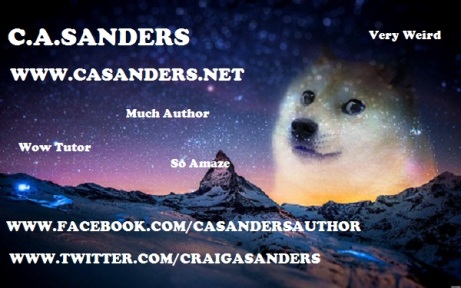