There’s a phenomenon going around that I can’t get enough of. It’s called “Cats of D&D” and it’s…well…you can figure it out. Kittehs, D&D references, and pretty much everything I could hope for. Here are some of my favorites:

This is so fake. No cat is Lawful Good

Now this is more like it. Cats probably get sick sneak attack bonuses.

A classic. I think that cats should get a casting penalty for lack of fingers.

This one summarizes why I hate playing epic campaigns. 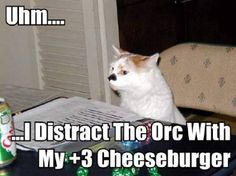 I could really go for a +3 cheeseburger. Do they sell them at Five Guys? Oddly enough, my local Five Guys is next to the gaming store. Coincidence or good marketing?

That’s right, the long-awaited reboot of my award-winning serial, The Watchmage of Old New York, is here! Click on the graphic above or here for the Amazon buy site, or buy on Barnes & Noble, iBooks, or Kobo.  Don’t miss out on this, old fans and new will love what I’ve done with the story.

This cat has the magic item Paws of Swiftness. 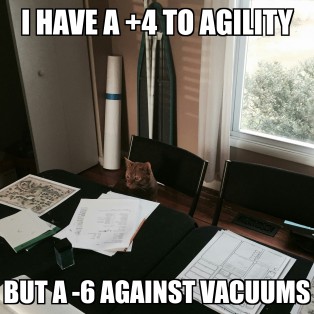 You know this has happened in your campaign at least once. There’s always one Chaotic Stupid character.

I could go on with this all day, but I have to get back to actual writing… 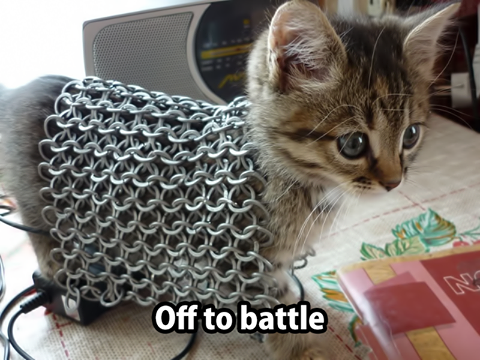 Last one, because it’s so damn adorable. 18 Charisma.