My dear friend and a fantastic writer has their first romance novel out, Welcome to Elmwood Park. I’m doing my best to support them, because I know that it’s good (I helped edit it). It’s going for 99 cents, and worth a lot more

It’s quite risque, but extremely well written. Maybe even better than my stuff (and knowing how arrogant I am, that says a lot 😉 ) 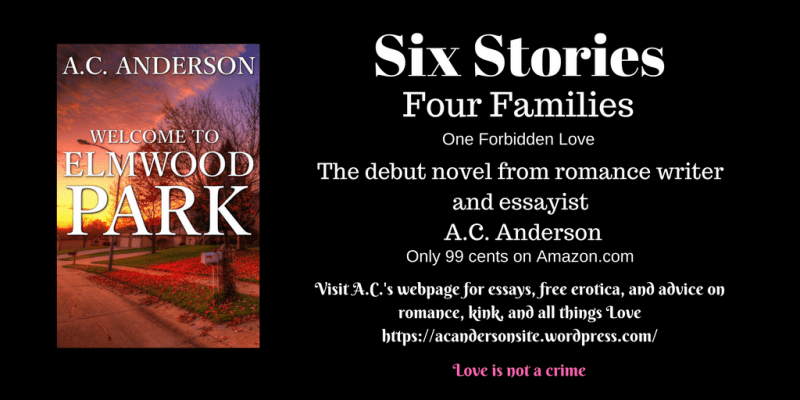 Hey everybody, guess what day it is? No, it’s not Hump Day (although everyday should be hump day) It’s BOOK RELEASE DAY! Welcome to Elmwood Park is available on KindleSelect. If you already bought it, it’ll be waiting for you on your Kindle This is not my first novel. Under a different name, I’ve had […]

My Life in Reverse, by Casey Harvell

Not only is this a great read, but it’s a very important book that explores an abusive relationship and finding the strength to escape it. It’s one of those books that everyone should read. We all know someone in this kind of situation and how frustrating it can be to watch them suffer, terrified and manipulated into thinking that they deserve it. The antagonist husband fits the role of Sociopathic Narcissism perfectly, with added twists (like heroin addiction) that keep him unique. I’ll explain below in more detail.

Voice and Story Structure: The main character’s voice is so authentic that you feel like it’s a real person (and you get confirmation at the end that it’s semi-autobiographical, though the many screenshots in the book makes it pretty clear throughout). The structure time-hops to different points in the abusive relationship. Some might find it confusing, but it’s not THAT important to know when these things take place. In fact, it fits the circular nature of the abuse and psychological manipulation: the protagonist leaving and being guilted and love bombed into coming back. Like the nameless protagonist (and most characters are unnamed, giving the story a universal quality) you get lost in the cycle of gaslighting, love bombing, physical and sexual abuse and intimidation, and isolation. Toward the end, the book gets more linear, reflecting the climb to self-actualization and freedom (or is it freedom? Are you ever free after that trauma?).

I love that the author used screen shots, and I especially loved the sourced definitions between chapters about Sociopathic Narcissist abuse (with later bibliography and sites for further information)

Characterization: The main character is very likable and speaks with a clever and funny flair. You feel the constant assault on her emotions and body. You feel the terror of being abused by her husband, a heroin junkie, armed robber (on probation), adulterer, spouse/child/animal abuser, and all around terrible person. He’s so evil that you’d think that he was fake, but the screenshots (and one of them horrifying in its implications) confirm that he’s real. While halfway in, I found myself thinking that the only happy ending would come if he overdosed and died. Imagine the terror of being serial raped (yes, spousal rape is real. I shouldn’t even have to say that) by a man that sticks needles in his arms and a certain bodypart in other women. Who knows what diseases he could have had.

The catalyst character that changes the protagonist seemed a little too perfect, but the story is a romance at heart. If anything, it reinforces the difference between good and bad relationships.

Setting: While the author states that it takes place in a small town, the lack of definitive setting gives it a universal quality. This kind of abuse takes place all the time, in every town. It’s easy to put yourself in the protagonist’s situation, especially because of how common this abuse is.

Plot: As I said, the plot moves circularly for the first half of the story, reflecting the abuse cycle. It can be frustrating at times to see her go through this and be unable to break away. It’s not until the catalyst character shows up that it really moves. Still, there was never a “muddle moment” when I didn’t want to keep reading.

Summary: Everyone that has been a victim of abuse or knows someone in an abusive relationship should read this book. It’s a quick, emotional real, like a quick flurry of punches.

One note: The novel ends about 75% of the way into the book. The final 25% is further information on domestic violence and abuse (complete with before-mentioned bibliography) a hilarious acknowledgements page, information on Harvell’s other books, and an excerpt from another writer’s book. 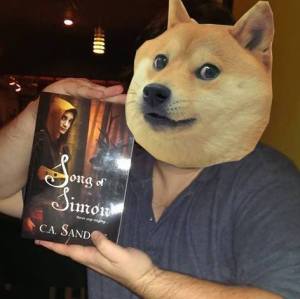 Hey everyone, my Goodreads Giveaway is almost over. Hurry and enter, you can win a signed copy of my dark fantasy novel SONG OF SIMON (Damnation Books 2013). It’s a great read, and any fan of high or classic fantasy will love it. Trust me, would I lie about the quality of my own book?–I mean…enter anyway. 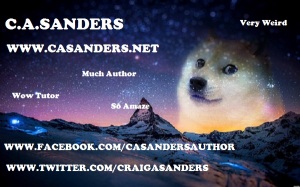