In my last post, I talked about how excited I was to go to Sesame Place with my friend and her 3 year old. It did not disappoint.

I’m amazed at how powerful nostalgia is. Every time I saw one of the characters, the kid in me wanted to jump and give him a hug. I saw Grover (now relegated to a bit part on the show) in his Super Grover costume and shouted “K (name withheld because she’s a kid) look! It’s Super Grover!” When she got her picture taken with him and a hug…I don’t know what the proper emotion is here. Vicarious joy? Nostalgia? A little bit of jealousy?

One of the things that I love about Sesame Street is that it’s so obviously New York City. At least, the old NYC where I grew up, before it became a playground for the 0.01% percent. Even so, if you go to the outer boros, you’ll find streets like Sesame everywhere. My part of the city, Co-op City in the Bronx, was different, but you didn’t have to go far to see a real life Sesame Street.

When I went as a kid, the park was very different. I don’t remember meeting any of the characters. This time they were everywhere. K met Grover, Big Bird, Bert and Ernie, Honker, Elmo (who isn’t as annoying as I used to find him) and got hugs from them all. Yeah, a little bit of jealousy. I shouldn’t be jealous of a 3 year old, but there’s a lot of things I shouldn’t be.

I did get a thumbs up from Bert when I told him that I like pigeons too (I lied. They’re flying rats.)

The rides were pretty much county fair rides souped up with sesame themes, but that’s ok. The regret that I had to ride them alone. Most of the rides held two to a car. that meant that K rode with Jen, and I rode by myself. Grown man riding a Sesame Street ride alone? Yeah, a little awkward. I shouldn’t have cared, but as much as I like to say that I don’t give a damn about appearances. I do. I hate that about myself. I don’t know where it came from, but it’s something that I’m trying to overcome.

It was Sesame Place’s 35th birthday, and everything there reflected that, especially the parade. Oh my freakin god, the parade was amazing. I have so much respect for those dancers in the muppet suits. They were dancing hard in near 90 degree weather, and they were incredible. There’s something surreal about seeing an 8 foot tall yellow canary doing the running man five feet from you. K got a high five from him (her?) too.

It’s nice to see that dance and theater majors have places they can work that actually fit their major. It’s not as worthless a degree as people joke.

I shouldn’t talk about useless majors. I got my BA in Creative Writing. That leaves me qualified for one thing: writing creatively.

By the end of the second day, I was exhausted. Kids have boundless energy, but grownups do not. I think I’m still recovering.

It was worth it.

I’m going to Sesame Place tomorrow with my friend and her 3 year old. A 38 year old man should not be as excited about it as I am. But there are reasons. There are always reasons.

I appreciate the Muppets on a level that you could never comprehend. I grew up on Sesame Street, The Muppet Show, and Fraggle Rock. I watched Muppet Babies every Saturday morning. I’ve seen every Muppet Movie, including stuff like The Dark Crystal and Labyrinth. I’ve seen Follow That Bird (and NOBODY’S seen that). Emmett Otter’s Jug Band Christmas is still my favorite holiday movie, and I’m sure it always will be. 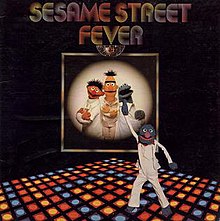 I cried when Mister Hooper died, and it took me years to stop hating Elmo for usurping Grover as the cute one.

Dr. Teeth and the Electric Mayhem is the best sock puppet band ever.

It’s an obsession, an addiction, but I don’t need a cure. My manchildness runneth over.

I haven’t been to Sesame Place since I was 10. One of my big lamentations about not having children is that I don’t get to experience that childhood joy again. I’m lucky that I will tomorrow.