I tweet…a lot. I tweet to promote my books. I tweet to promote other people’s books. I belong to a group called Rave Reviews Book Club, where we retweet each others novels and blogs, etc. It’s a pretty cool group, and though it has a small membership fee, the increase in book sales is worth it.

But I’m not here to promote Rave Reviews. I’m here to talk about the evolution of my Twitter account.

Lately, I’ve found myself posting memes more than anything else. I find something awesome on Facebook, it immediately goes on Twitter. I can’t help it. I am a silly person, and I like to share the silly. 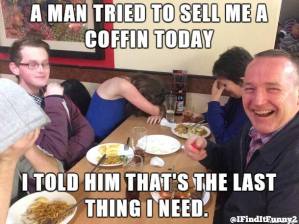 Ok, I’m not that silly a person. I can be very serious, and my books are usually a combination of humor and action with an undertone of serious issues.

For example, Song of Simon is about a snarky Westchester teen coming of age in a violent fantasy world. But underneath that, it’s about the different ways that extreme, unspeakable violence affect people in different ways. It’s PTSD in different forms. The Watchmage of Old New York is about a wizard burdened with the well-being of a magical community, joining forces with his brash, occasionally foolhardy policeman son to solve a supernatural kidnapping. But underneath, it’s about the ethics of Good: Which takes precedence, protecting the innocent or seeking justice? It’s also about the love and conflict between father and son.

I don’t know if the serious underlying themes are why people like the books, but it’s why I like them.

And yet, my tweets are bad puns and cute animal memes. Hell, my blog is a lot of that too.

I recently described myself in an interview as “a puddle of mud that occasionally spouts confetti.” It’s true. I hide a lot of my health issues by posting jokes. I often fixate how much longer I have to live before my body shuts down. I am terrified that I will die before i finish all my book ideas, that I will die with an unfinished story to regret. This is inevitable. I will never get to every idea.

Maybe this is why I post so much silly stuff. I want to hide behind it. A pun is my sword. A cat meme is my shield. Doge is my armor, and a rainbow unicorn kitten is my noble steed. And so I will ride off to face the world armed and armored, hoping the the slings and arrows of outrageous fortune do not destroy me.

I offer the same to you. Go forth and make merry, for tomorrow might suck.

By the way, you can follow my Tweets here. 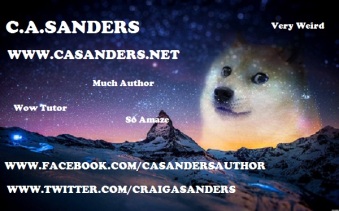 9 thoughts on “My Twitter Acct Was Hijacked (by me)”