So, I guess I went missing online for a little while, at least of the blog. I’ve been pretty busy working on my new novel and also some short stories.

I also started a new job, which I’m very excited about. As some of you know, I am a former special ed teacher that had to drop down to a substitute because of chronic illness. Subbing is not nearly as satisfying as actual teaching. You’re just a warm body in the classroom to keep the kids from (sometimes literally, depending on the type of class) killing each other. I miss teaching. 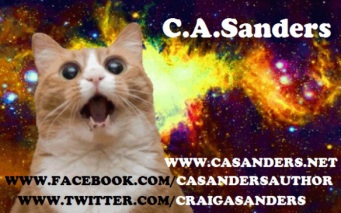 END_OF_DOCUMENT_TOKEN_TO_BE_REPLACED

I’m running a short promotion for the first half of October. The Watchmage of Old New York  is only 99 cents for Kindle! If you like historical fantasy, mysteries, and weirdness, you’ll love this book!

Here’s the back page blurb:

It is 1855, and Nathaniel Hood walks between two worlds.

As the Watchmage of New York City, Nathaniel is charged with protecting, regulating, and administering justice to the myriad supernatural beings immigrating to the city. When his policeman son, Jonas, is brutally beaten by Veil Dwellers—creatures born of human legends and dreams—while investigating a kidnapping that has the city in an uproar, Nathaniel breaks his vow not to interfere with human society and joins the search.

While searching for the kidnapped infant heir amidst the broken lives of the supernatural on the Bowery, father and son discover the heir’s terrible secret born in ancient magic, lust, and blood.

The Watchmage of Old New York is an expansion of the award-winning and highly popular serial from JukepopSerials.com. It’s a blend of fantasy, history, humor, and mystery, wrapped in a well-detailed and vivid mid-19th century New York.

There’s never a bad time for a book. Lately I’ve been reading books through the Kindle app on my phone. I’m never without a good read, and you shouldn’t be either.

Song of Simon won an award.

It is not Italian.

Just a reminder: today is the LAST DAY to get The Watchmage of Old New York e-book for 99 cents. Yes! 99 cents! 99 pennies! A dollar minus one cent! 3 times 33 cents! All of these things!

Wiggle Cat and Wiggle Shaq like it. So will you. (See how happy they are?)

Watchmage is also shortlisted for a whole bunch of awards right now, but you’ll be hearing tons more about that in the near future. If you like Historical Fantasy, word play, mythological creatures, well-developed characters, interesting worlds, intrigue, and flying dogs, you’ll love The Watchmage of Old New York.

And, you know, 99 cents. You can’t even get cawfee for that little. You know how I feel about cawfee.

This month, to coincide with the 99 cent sale for The Watchmage of Old New York, I signed up to advertise in several newsletters. It worked. My sales have shot through the roof! I’ve never had a sales rank so high. At what rank do I get to call myself “best selling?”

I don’t know if it’s cost effective yet, but I think that it’s a better plan that just using free sites. Use both. Use Twitter, use your blog, join a promo club like #RRBC. Try everything.

Try everything: that’s a pretty good motto in life. You only level up through experience. 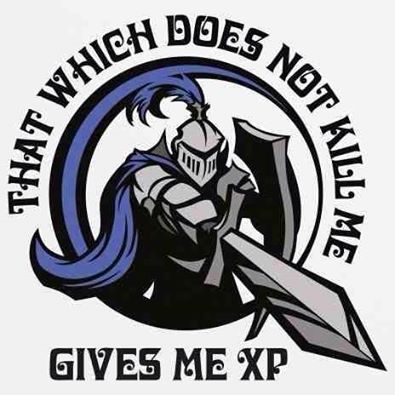 Level up. Become epic. Oh, and buy “Watchmage” while it’s 99 cents. You’ll (probably) not be disappointed. The only mediocre review it’s received so far was “3 stars. Imaginative, but silly. Good for teens.” I can’t argue with that. There’s a lot of absurdest humor in it, but plenty of gritty stuff too. It’s a pretty good mirror of this website: sometimes I’m dark and gritty, sometimes I’m philosophical and political, most of the time I’m weird.

Because sales are lagging, and because Amazon blocked or deleted a bunch of reviews from review sites, I’m having another 99 cent sale. If you like my writing and have an interest in history or fantasy (both would be optimal) you’ll probably dig this book. It has a 4.8 rating on Amazon right now, so people agree. You can buy it here.

Meanwhile, the sequel is with my beta-readers. So far I’m getting positive feedback for it. I don’t know when it’ll be out. My editor is only available during semester breaks (he’s a professor at NYU), and I want to do another draft based on the beta feedback before I give it to him. I wanted it to be out in November, but I’d rather have it out later than put out an inferior product.

On Sunday I will be at the Writers in the Mountains Book Festival. I’m nervous as hell because they’ll be agents there. I’m not very good with people, and usually embarrass myself. Combined with my anxiety and ocd disorders, this could be…awkward.

That’s all. Carry on.

I have no clue what I did, but over the past two weeks Amazon has removed several of the reviews for The Watchmage of Old New York, and blocked at least five (people have told me that their reviews were blocked). I’m now down to 18 reviews, and who knows how far it will fall.

I don’t understand what I did wrong. I’ve never broken the terms and conditions or tried anything shady. Hell, I don’t even let my family leave reviews for fear of breaking terms. I guess i’m just unlucky.

They also removed several reviews that I’ve left on products and books. I think that this is kinda funny, but funny sad. They send me emails asking for reviews on this and that product, but it’s those reviews that get removed.

END_OF_DOCUMENT_TOKEN_TO_BE_REPLACED

It’s the holidays and I’m a giving kinda guy, so I put The Watchmage of Old New York up for only 99 cents on Amazon (on other sites it’s still $2.99). This’ll only be until New Years, so pick your copy up today.

Obviously this is only for the e-book. Amazon won’t let you sell the paper version for that cheap. If you want a signed paperback, with your own special dedication, contact me and I’ll make it happen.

Seriously, buy my book…do I have to bust out Jon Lovitz again?

Ok, so you don’t ACTUALLY have to buy my book. Honestly, I hate shilling like this. But if you like this blog, you’ll probably like my novels too.

END_OF_DOCUMENT_TOKEN_TO_BE_REPLACED

I’m over the moon to announce that The Watchmage of Old New York is now available for preorder! Right now you can pick up the E-book for 99 cents. The paperback will come soon. I figured “one thing at a time.” The Official Release is October 27th, just in time for Halloween.

It’s been a long, strange trip for Watchmage. What started as a “brain refresher” short story after writing Song of Simon went on to be a serial, then exploded with popularity. Now it’s a series of novels (one so far) and possibly what i’ll be writing for the rest of my life (although I do intend on finishing up the sequels to Song of Simon).

Have I mentioned that I’m really excited?

I want to thank JukePop Serials for giving Watchmage a shot in the first place. I also want to thank everyone that supported it as a serial, and now as novels. You all rock.

I also have my mailing list set up, so that’s pretty cool too. I’m going to send out my first newsletter later this week. You can sign up for it here, and you get a FREE PDF of short stories (some of which take place in the Watchmage Universe, but I’m not saying which ones). I’m also going to include book deals from other writers, so you might find some new quality books on the cheap.