You heard me right. I’m diving into the Goodreads swamp and offering TWO, yes two, neither one nor three (five is right out), signed paperback copies of SONG OF SIMON. Since this is a book that sells for $23.50, it’s a pretty good deal. Not to mention that it’s a helluva read.

Here’s the link for it. Enter now. Tell your friends. The more entrants I get, the better. 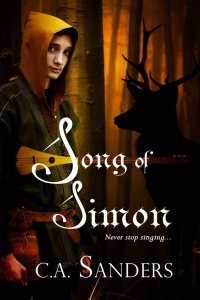 In addition, I’m holding a giveaway on this very website. Not only am I giving away two copies here, but the winners will also receive copies of the anthology Twisted Love, filled with stories of romance gone horribly wrong. My short story “If You Leave Me,” is in there. 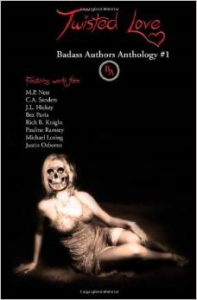 You can enter both the Goodreads and my personal one. I suggest both, as it doubles your chances.

Feel free to reblog this. Again, the more entrants, the more likely that I will do this again. 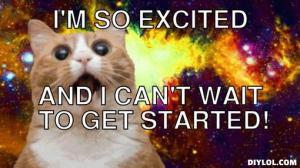 Like my posts? Follow my website or “Like” my facebook fan page and/or follow me on Twitter. You can also purchase my debut novel, Song of Simon, at any online bookstore or a real one (they both exist). Song of Simon currently has a 4.7/5.0 rating on Amazon, so it’s pretty damn good. If you’re looking for something FREE, you can read my serial (soon to be an expanded series of novels) The Watchmage of Old New York. Though it ended in February, it remains one of the most popular serials on JukePop OF ALL TIME!

I want to comment on a situation that recently happened to Charlaine Harris. Some of you might know her as the author of the Southern Vampire Mysteries, also known as the Sookie Stackhouse Mysteries, of which the HBO series True Blood is loosely based on.

The last novel in the series, Dead Ever After is slated to come out next week. However, some douchebag not only pirated an early copy and put it on the web, he spoiled the ending, revealing who Sookie ends up with in her love triangle (quadrangle, dodecangle, etc).

Since then, there has been a shitblizzard of insults, curses, and death threats aimed at Harris. Her Facebook fan page
is so riddled with filth that after reading it, I had to go for an AIDS test.

The general complaint among the butthurt is that they DESERVED a certain ending. They DEMANDED it and she didn’t deliver.

I’m not sure what bothers me more: the piracy, which has destroyed the publishing industry and made writing a 20K a year business, or the butthurt fans demanded the ending that they want. Let me make it easy on you. FUCK YOU! Writers are not your bitches! They don’t owe you shit!

The story belongs to the writer and only the writer. They are the driver, and the reader is either along for the ride, or gets out of the car. A writer does not write because he wants money, or because he wants to please you. A writer writes because he has a voice inside of him that needs to be heard. The voice is the only one that a writer has to listen to, not editors and not fans. Once you stop listening to that voice, you have sold out, there is no reason to continue writing.

To those that didn’t like the ending, write some fanfiction and end it the way that you want. Don’t blame the writer for following her voice.