Trump is accusing New York doctors and nurses of hoarding masks, gloves, and scrubs. Let’s do some math:  A nurse in each wing deals with 20 patients in a wing. They put on a new mask and gloves each time. That’s 20/hr. X 12 hr shift = 240 a shift per nurse. Say there are 5 nurses on duty per wing. 1200 masks and gloves per wing.  The hospital I used to work at had 12 wings, including ICU (it was a very small hospital) . 14,400 masks and gloves per 12 hours, or 28,800 a day.  And that’s just for the nurses, not doctors or surgeons or support staff or maintenance or materials management or radiologists, etc.

There are dozens of hospitals in NYC.

On Sunday I went to the Pride parade in NYC, what has become a yearly tradition for me. It runs right down 5th avenue, so you can imagine what it does to traffic. Then again, that’s what parades do.

I went with a bunch of friends, and we always set up in the same spot, right in front of Madison Square Park (no, it’s not by the stadium. Madison Square Garden used to be by the park, but they moved a few times. It’s now above Penn Station). We got there early so that we could be in the front row. As usual, it’s worth it.

END_OF_DOCUMENT_TOKEN_TO_BE_REPLACED

Well, since I got my article on the NYC Police Riot of 1857 up before the anniversary date (6/16), I should start on the consequences. Next month would be the Dead Rabbits Riot. Better get on that soon.

Super secret writing project is coming along well and should be out this fall. I need to edit a couple more stories.

That’s it. Carry on. 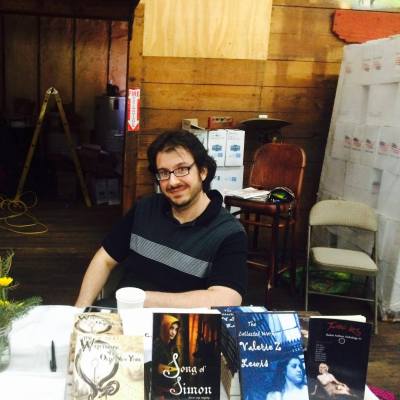 Ok, I swear that I’m going to start adding more source material on NYC History today. I already have something on 19th century slang written (my own notes for Watchmage). I just have to rearrange it for consumption. Right now it’s in a form that only I can understand.

I should organize my files better. One day I’m going to be dead, and people are going to need to find my important files…

Inner Critic: Wow, Craig, that’s freaking morbid.
Neuroses: Yeah, people are gonna think you’re all emo and shit. A 38 year old emo. Good job.
Muse: “Whateva, whateva, I do what I want.”
Brain: Will someone make another pot of coffee…PLEASE?

Anyway, I have to do some more editing, but hopefully I’ll get it up soon…

Now you’ve seen what goes on in my head. Take that, Disney!

Neuroses: You haven’t even seen the movie, and you’re doing a parody.
Brain: It’s ok, I used to watch Herman’s Head.

To be fair, I heard that Inside Out is very good.

Brain: This wouldn’t happen if YOU GOT ME SOME GODDAMMED COFFEE!!!

I’m so excited! I’m going to the Gay Pride Parade for the first time tomorrow. It’s gonna be FABuloussssssss!!!

I can’t help but think how much Val would’ve loved this (though I bet she used to go all the time back in the day). I would’ve loved to make this a tradition for us. Sigh. I’ll be sure to catch some beads for her.

Next time I go to the city, I need to hit up the Big Gay Ice Cream store/truck.

this is amazing, a hand-drawn map of New York City, complete with neighborhoods, subway lines, and little cultural notes.  I hope this person makes a million dollars off of it.